We are a group of regular folks working hard to open a community-owned grocery store in McHenry County, IL and we hope you will join us!

Our timeline has been updated! Click on the image below for a full size timeline. 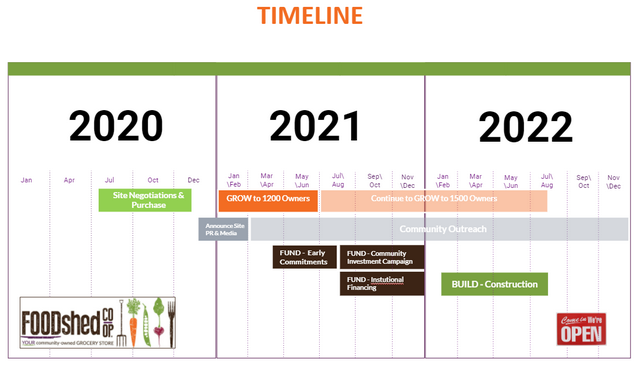 We doubled our ownership in 2021 and successfully raised the money to build our store.  Our next steps are to continue GROWING OUR OWNERSHIP and BUILDING our store in Woodstock, Illinois. 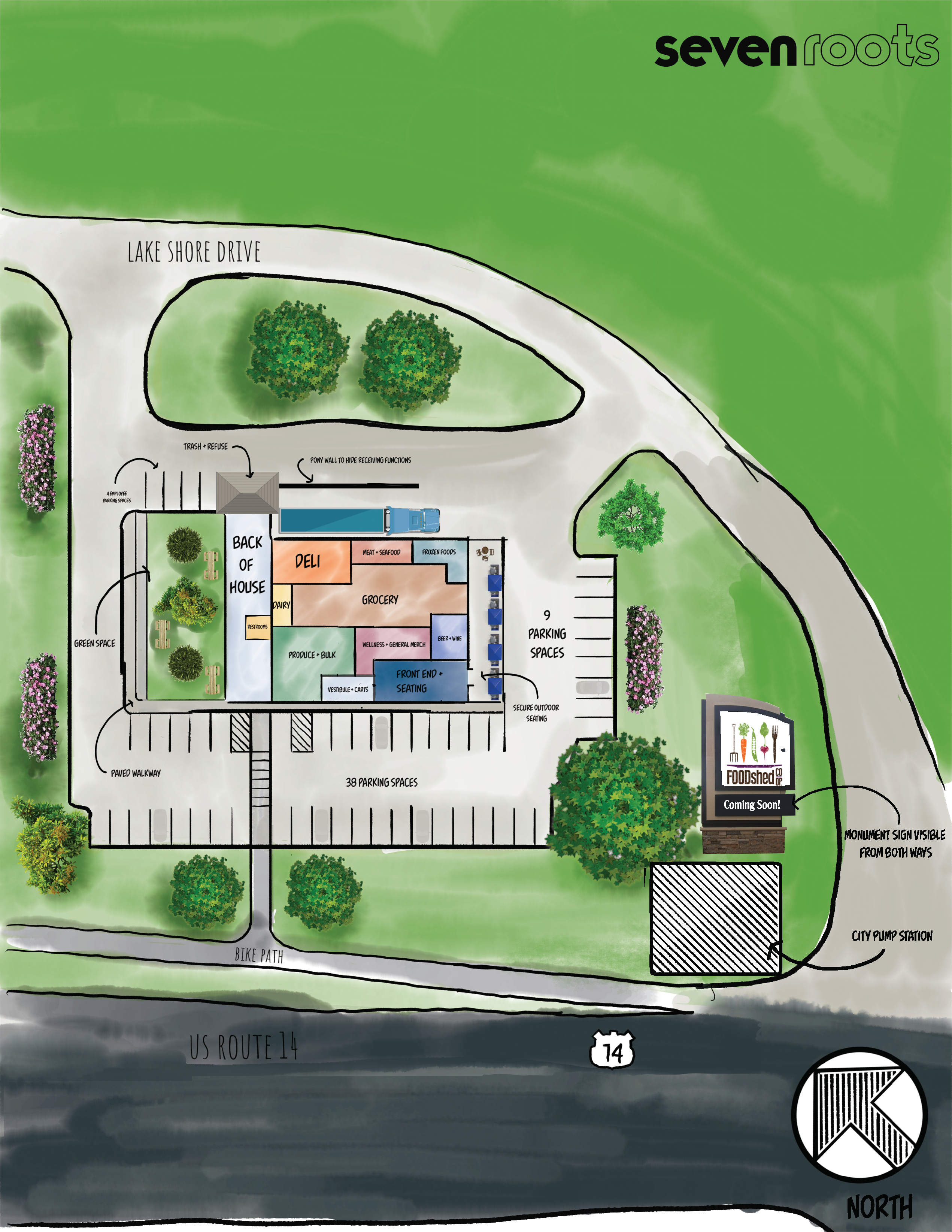 The idea was first hatched between a few friends in a conversation about improving the resilience of our community. Many conversations and phone calls later, in March 2013, a group of a few dozen people gathered on a cold winter evening and made the collective decision to do whatever it takes to open a community-owned grocery store in McHenry County. They organized a steering team, surveyed the community and pulled together a mailing list of people who like the idea of opening a food co-op. Since that first meeting, there have been many, many more.

In January of 2014, the McHenry County Food Cooperative (d/b/a Food Shed Co-op) was incorporated under Illinois Cooperative Law. Soon after incorporation, we celebrated our birthday on Earth Day and started to sell ownership shares in the co-op. The first board of directors was elected by our owners in October of 2014. We are continually reading, networking, hosting guest speakers, taking field trips to visit food co-ops and attending workshops, webinars and conferences to learn more about cooperatives. We are hard a work, spreading that knowledge to our community through events, movie screenings, webinars and workshops. Here's a list of our success to date.

Our owners and volunteers continue working every day to spread the word about the many benefits of a community-owned grocery store. Our ownership numbers continue to GROW daily! If you are NOT YET an owner, sign up now to become a Founding Owner!